oh how you shine,
with your heart full of moonlight
and your soul full of stars 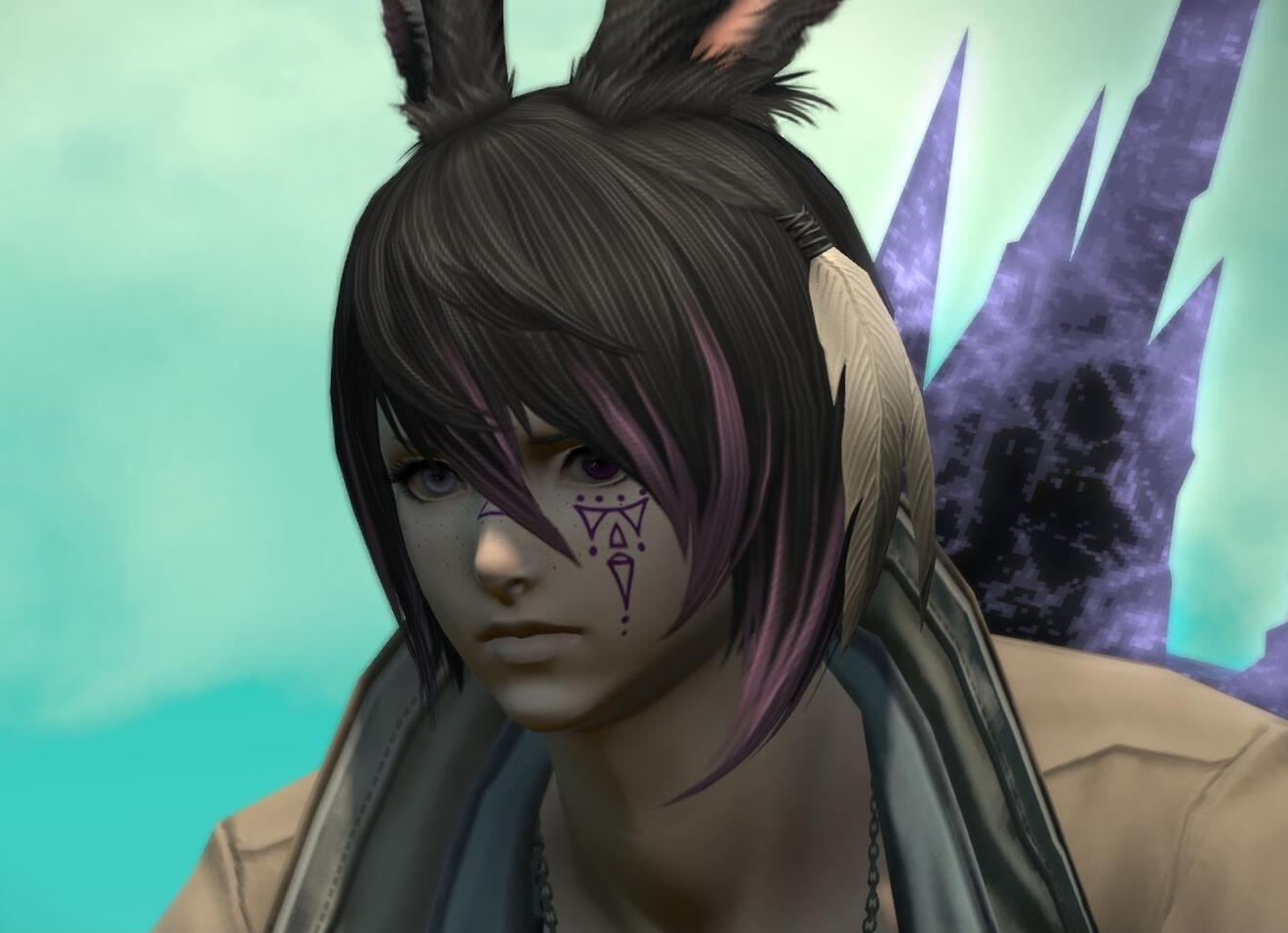 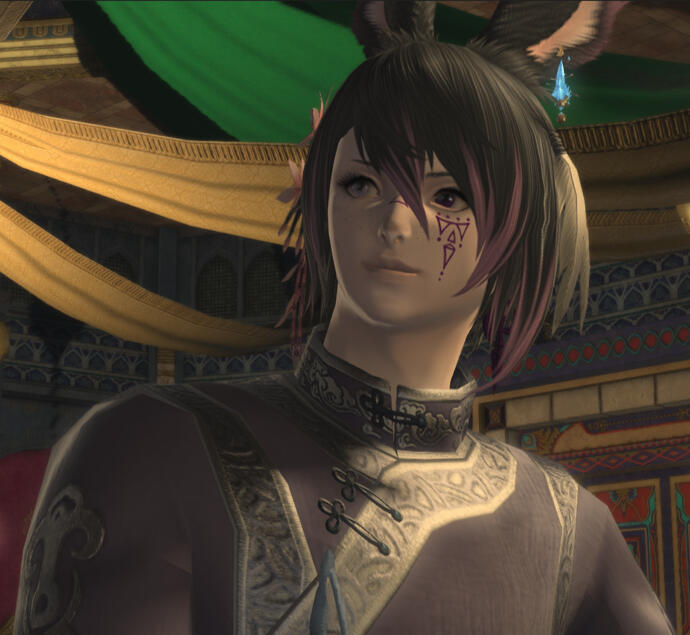 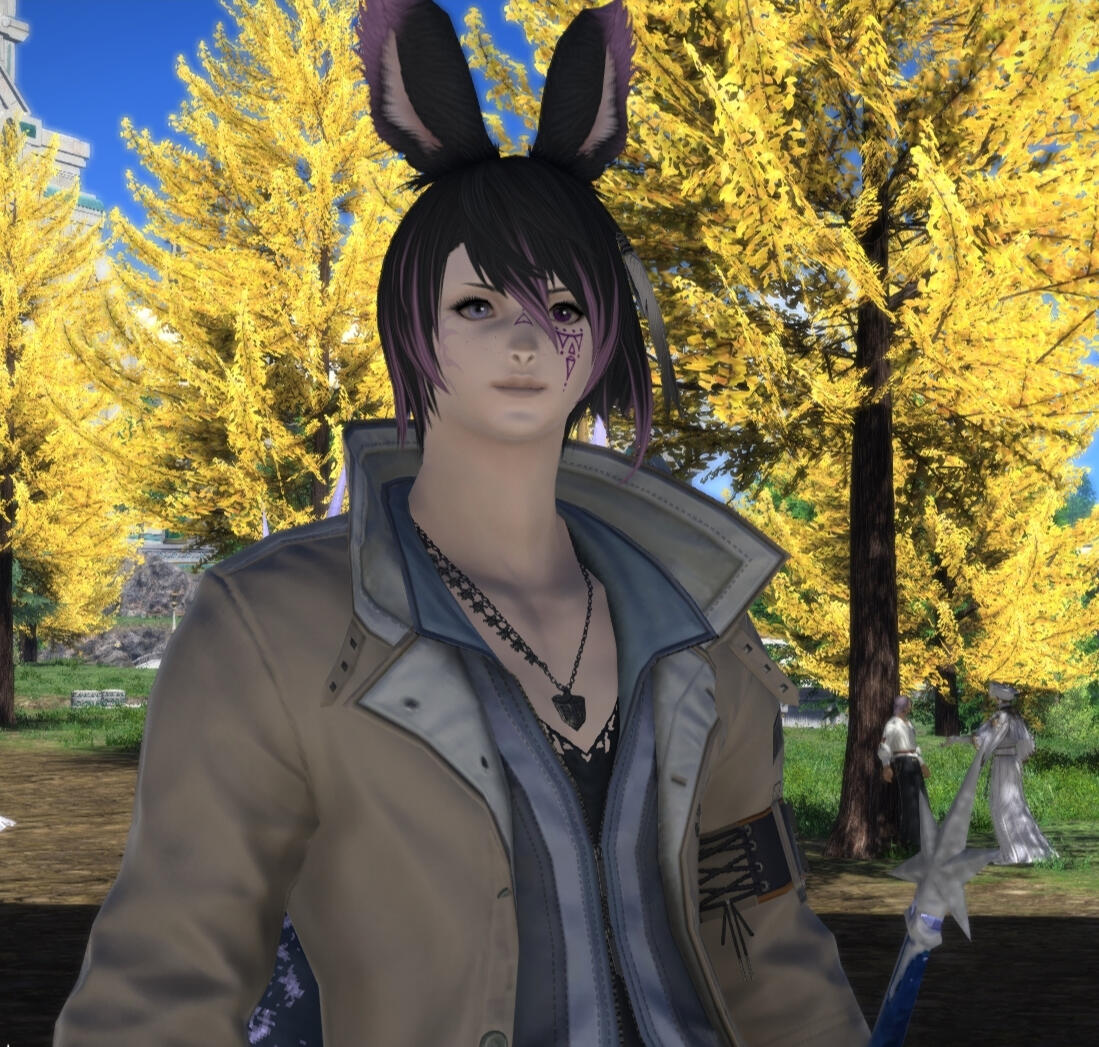 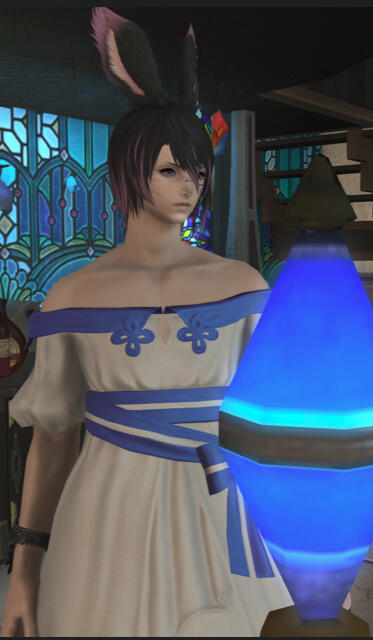 Black Mage, White Mage, Red Mage
a little magic can take you a long wayGentle has been in tune with magic since he was a tot - the world makes sense to him through magic. Magic sings through his very soul, and his body has been shaped by this; he is thin, almost waifish, and while healthy, is not strong. He excels in aetherwork, and is a magical prodigy. While he practices as a Dancer, he is helpless when he comes to blows with others. He'll bap you with his staff before he'll throw a punch.Gentle is proud of his knowledge of the Black, and does his best to share it to show people that the fear of it is not always placed well. Of course, he knows it is not socially acceptable, so he is careful to keep within limits in public. He also practices the White, the Red, and has most recently begun Sage work.As a result of an injury, Gentle has vision loss in his paler eye; he compensates by using his magic, making him very showmanlike and playful with his magic. He often wears a monocle or glasses to support that eye. He also bears both Void markings and scarring on his back, though you will not know so on meeting.

and above all, watch with glittering eyes the whole world around you because the greatest secrets are always hidden in the most unlikely places.
those who don't believe in magic
will never find it.
-roald dahl- 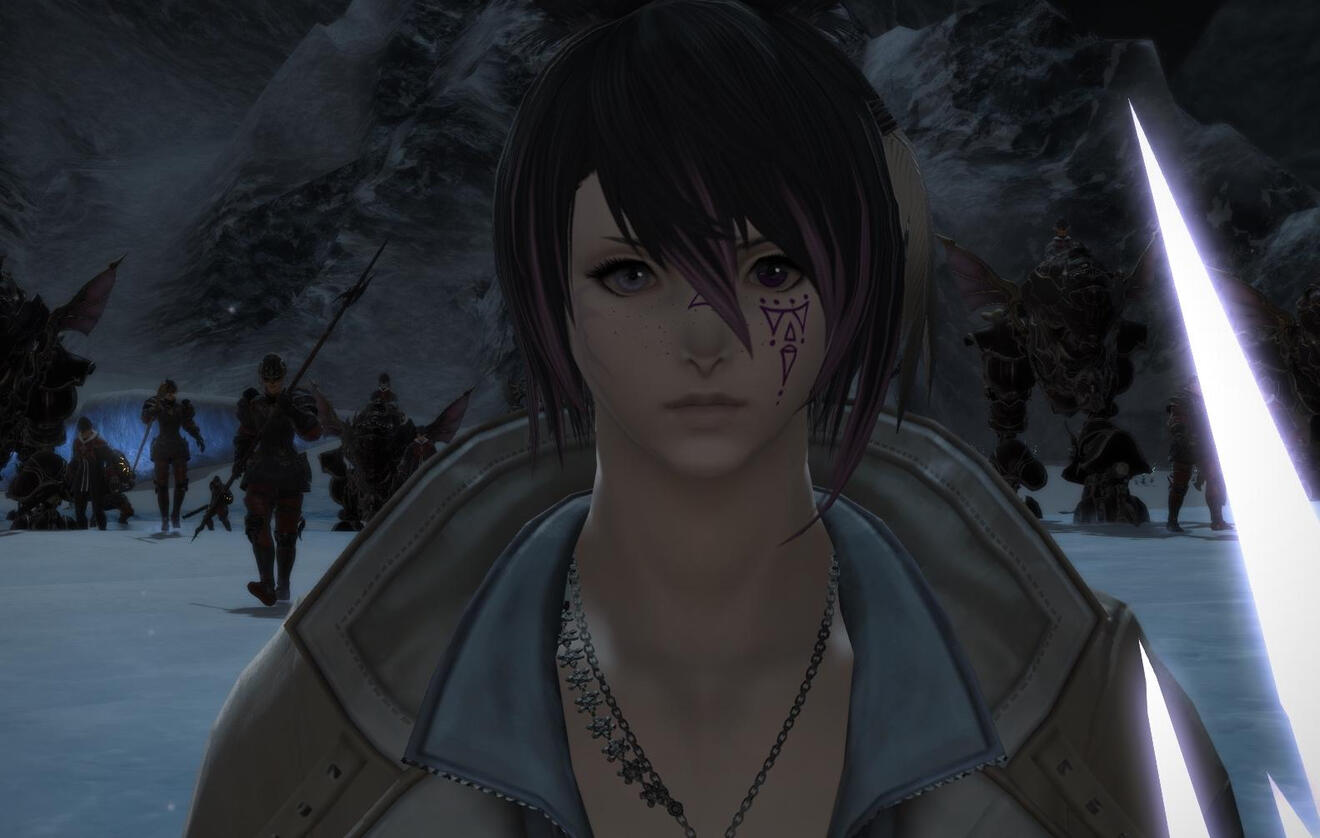 Late 20s
Healthcare Worker
Enby (they works fine)- I am a pretty private person, so won't learn much more about me.
- I will speak up if something bothers me - please do the same. Boundaries are important!
- 18+ only for RP please.

HOOKS- Healing - Gentle is talented in magic and likes to help those he can. He uses the White, and is learning Sage Skills
- Black Magic - Gentle is by trade a user of the Black, and as such is in touch with voidmagics and black magic. He does not agree it should be banned.
- Creation - Gentle is a NERD for creation. Of any kind. Crafting, baking, bartending, alchemy, farming - if it makes something, he tries to understand it. Find a way to connect!
- Walk Up/Tell! If you have a certain prompt you'd like to use, we can discuss! 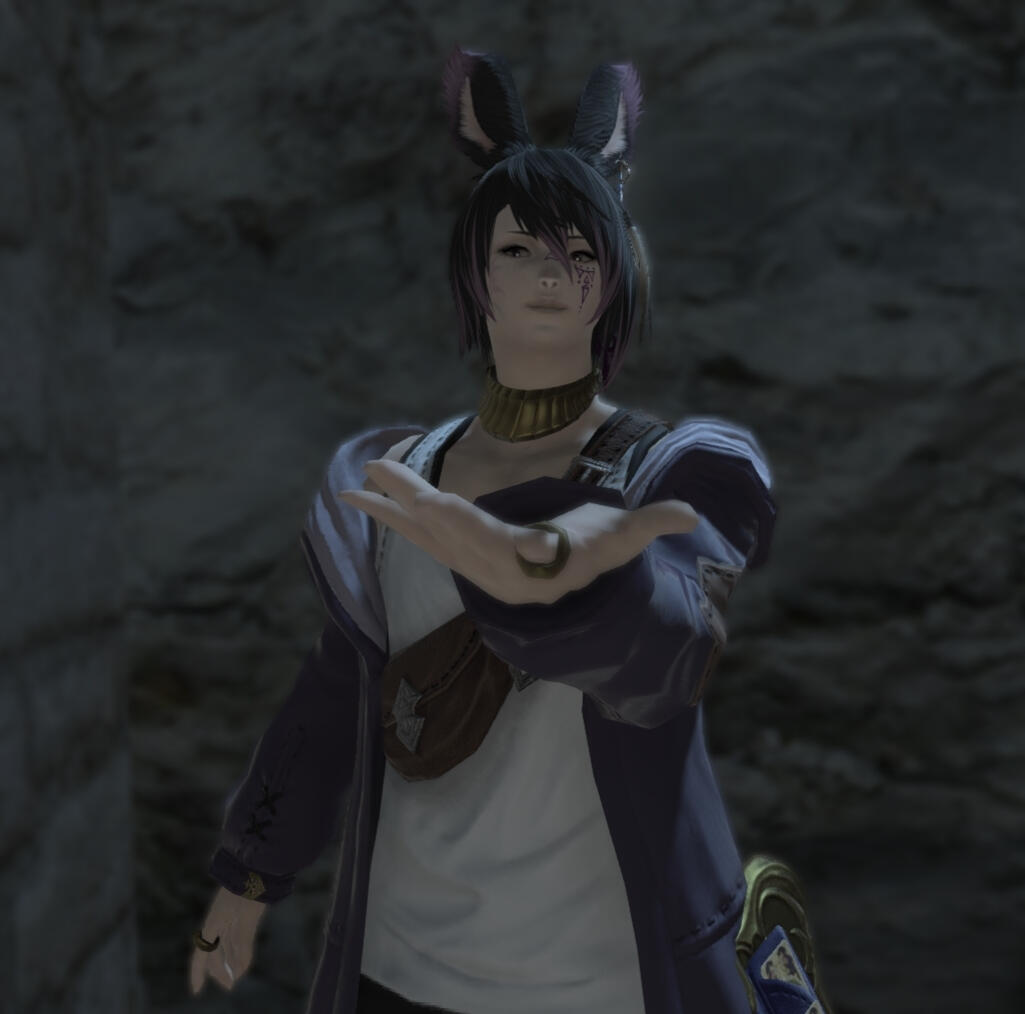 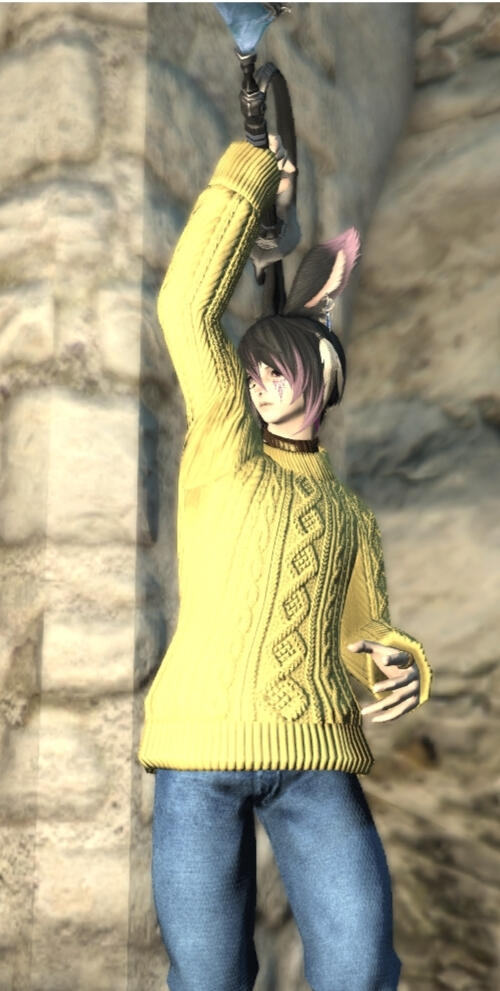 DOES:
- DARK THEMES. Gentle's past has a general trigger warning for abuse, sexual abuse, and trauma. I will RP around heavy themes. If you are not comfortable with this, IT DOES NOT HAVE TO COME UP. Please communicate your limitations with me!
- Lorebending - to an extent. Please discuss with me!
- WOL/Story Main's - Gentle does have the Echo, though his does not present as postcognition like in game. I am fine with others presenting as Warriors of Light or Echo-blessed!WILLS:
- Dark RP
- E/RP - Gentle is pansexual and a service switch in intimacy. He wants to meet the needs of his partners. /t if interested.
- Slice of Life
- Battles - Gentle does have the Echo, and is involved in helping to fight primals. Can RP in a battle/fight setting, or post-fight healing/pre-fight planning!WON'TS:
- Underage Characters in Romance Settings/Lolita/Shota - this DOES extend to Lalafell.
- Non-Con
- Godmodding
- Extreme Play/Bodily Harm